Pet investigation…. Astrid, what is wrong? 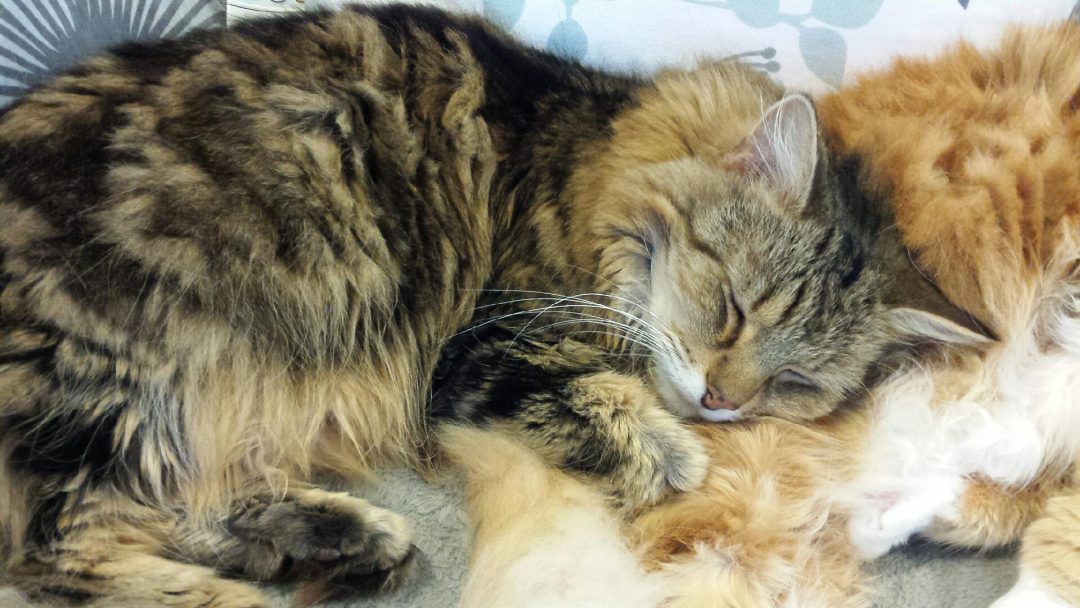 Astrid was rescued through the RSPCA aged 6 months.  She has lived the last 8 ½ years in suburbia and the country, having the use of a lovely outdoor run at the weekends.

Astrid’s owner noticed her having difficulties chewing her dry food, spitting it out after crunching the kibble in half.  She had eaten the same premium food for 8 ½ years and the bag of food was new. Her ‘brother’ was eating the same food with no problem and she had had a dental in October last year.

Dr Julia examined Astrid and noted there were no obvious tooth issues or other anomalies in her mouth that would cause the strange eating behavior.  Her weight was stable and temperature normal.  A few days later Astrid had two days of vomiting dark brown liquid, almost blood.

So she was booked in for dental x-rays to check for any bone or root abscesses that are often not visible from the outside.  Dr Julia noted in her history, that about five years earlier Astrid had a furball lodged in the exit of her stomach that caused vomiting.  On the day she was booked in, Berwick Village Vet had a mobile Ultrasonographer booked in to see another patient. The consultant vet was able to do an ultrasound of Astrid’s abdomen, just to check if she did have a blockage again.

The ultrasound showed a thickened stomach wall and enlarged lymph nodes associated with the stomach. No other anomalies were found on the ultrasound.  It was recommended that a biopsy of the stomach and lymph node was to be performed.

A few days later, Astrid returned to the clinic for an exploratory laparotomy (ex lap – investigation in the abdomen via surgical incision).  After an incision was made into the abdomen, the stomach was located.  Dr Julia immediately felt a hard, firm mass was located at the exit of the stomach.  It was approximately 3x3x2cm and while not currently blocking the outflow of the stomach, it may do.  Further investigation of other organs in the abdomen showed there were no other large masses.  A biopsy of the mass was taken, as well as a biopsy of the lymph node associated with the stomach.  Both samples were sent to the pathology lab for analysis.  The biopsy sites were sutured closed and Astrid’s abdominal incision was closed.  Nurse Libby took extreme care during Astrid’s surgery ensuring her temperature, heart rate and blood pressure remained in normal range.  Astrid recovered well after the surgery and was up soon purring again.

When the results of the biopsy came back from the pathologist, unfortunately it was not good news.  Astrid had gastric lymphoma or, stomach cancer.  While it does not appear to have spread to her lymph node, it cannot be ruled out.  Lymphoma is one of the most common types of cancers found in cats.  For Astrid, her lymphoma is agressive and her owner has received specialist advice that surgery or chemotherapy options would not extend her life by much.  Survival time is less than four months.

She is currently recuperating at home from her surgery and is happy eating wet food and roast chicken galore.  Astrid is still very smoochy and still purrs like a motor-boat.